The weekend was relaxing and enjoyable, thanks to Gustav deciding taking a hit on Louisiana. Saturday I took Smoochie to a birthday party for a boy in her class. She was the only other child there for half the party until a family friend showed up. I felt so bad for the mom. The boy didn't seem to notice.

Sunday, we enjoyed spending the day with family at my aunt and uncle's house. My cousin and her boyfriend had a big announcement. After eight years of dating and seven of living together, they made it official and stopped by the JP last Friday.

Monday morning we felt like doing something fun together as a family since it is now a rare event that both hubby and I are home at the same time. We picked up his folks and drove to the Kemah boardwalk. The sky was overcast and a cool breeze kept the temperature quite nice. 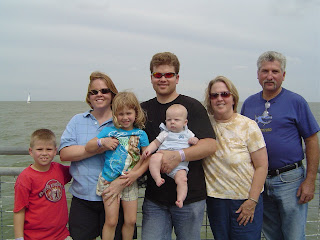 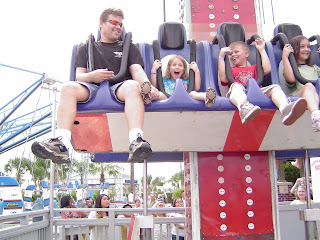 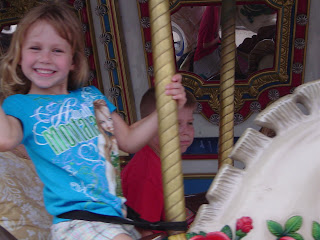