Through the eyes of a child

I am finally downloading the pics off the new camera and I find that the camera has made it's way into little hands... enjoy the view.... 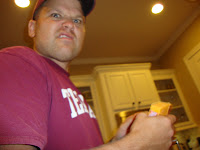 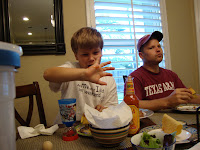 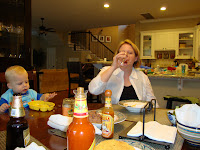 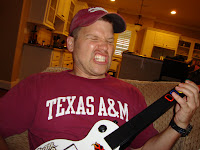 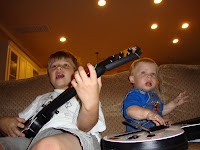 I'm obsessed with simplifying. After all, every minute saved doing something productive means another minute I can spend doing something unproductive. For the bills, I have everything set up and goes out automatically. I used to maintain a spreadsheet that itemized our cash flow and separated everything into categories so we could easily see where our money went. It took way too much time to maintain, so currently we have a 'rough idea' of where our money goes.

Any suggestions on how to automatic my budget tracking without too much complication, expense or time required?
Posted by Courtney at 3:57 PM 4 comments:

Work is crazy busy. I'm on a fast track project that we can't agree on anything and we keep redoing everything so it feels like I'll never finish but we have to finish. To sum it up at work: stressed.

School is now in full swing and baseball season has begun. Coach has decided Bubby is the pick for the required 9 year old pitching and since he just started kid pitch, we have lots of practicing to do. Every evening is baseball and we're still doing the twice a week 2.5 hour gymnastics practice.

One of our rent houses is eating our lunch and hubby has been spending every Tuesday and Thursday (the days Sudsy is in day care) killing himself trying to keep the house from falling down.

Sometimes I feel like I am stuck between two worlds. In one world, I am an a cynic, an engineer, an immediate disbeliever in anything organized- religion, government, and so on. I need to see and feel something to believe it.

The other world is the mother in me. Bubby has struggled in school (and at home) since he was a young child with listening and following instructions. We tried every intervention possible short of medicine. In desperation, we tried Feingold. The program eliminates artificial colors, dyes, sugars and BH* preservatives from both diet and anything with contact on the skin or inhalation. It did make some sense after seeing the effect of red gatorade on Smoochie. However, the cynic in me wondered how a simple change like this could possibly help.

When it came to the choice between trying Feingold and homeschooling Bubby (as the school was threatening to suspend if we didn't medicate), we chose Feingold as medication was not an option for us. Honestly, I never expected the Feingold program to be the answer we had been searching for. Not only did the program work for us as evidenced by teachers who did not even know about the changes we had made to the fact we no longer had regularly scheduled meetings with his teachers, the principal and the school counselor.

Now I have been introduced into an entirely different world. This is a world that is open to all kinds of ideas that are not proven, not known and are quite controversial. Sometimes it is difficult to bridge the difference between the two but somehow in my mind, I have made peace and sense of it all.
Posted by Courtney at 6:15 PM No comments: