What a Bad Dream

Othr by "The Boy"

He made Majik Poshin and he drank it. Wyrd things hapind to hem. He skard hes Mom & Dad & hes sistr. He kepe hes room how Evre he Wanted it to be. He Even Eyts cookies! & iec crem for brefist. He rids hes byck in the stor and he dasint go to scool. He eyts pissa with awt napkins. He dasent tayk a bath wen hes dertey. He wathes TV wen it is Time to go to bed. Son you Just hade a bad drem. Is that psehn no good.
Posted by Courtney at 6:46 PM 1 comment:

Where did you go? What happened to your blog? I miss reading about windmills and generators and water wells.
Posted by Courtney at 5:53 PM No comments:

It was a nice, long, relaxing holiday weekend. Wednesday, the boy was out of school, so we took the girl to her school and went grocery shopping for the Thanksgiving day feast. Then we went to my mom's house to help her prepare the meal for Thursday. My dad came home early, so we left the boys to play and we did a little Christmas shopping and then picked up the girl. My brother and his wife showed up, so we visited for awhile, ate dinner and headed home to finish preparations for Thursday.

Hubby got home from work at 3 am Thursday morning, so the kids and I let him sleep in a bit and then headed to my folks. We ate until our stomachs could not hold any more and then spent the rest of the day with hubby's folks and brother and wife and cousins. 5 children under the age of 6 plus three very large dogs does not make a relaxing afternoon, but all had a good time.

Friday, we cleaned up a bit around the house. I got caught up on accounting for the business and then we headed to the cabin my dad built. Our good friends called on our way out of town and were heading to the same small town, so we decided to meet up on Saturday. We played games, and visited with Santa in downtown Hallettsville and built fires and went on hikes and went to sleep early and woke up late. It was a wonderful weekend and the cabin is a great place to escape the world.

We also got the Christmas tree up and decorated yesterday evening. It was a lovely weekend with lots of quality family time.
Posted by Courtney at 12:36 PM 1 comment:

I have many reasons in my life to be thankful. I have a loving, generous, supportive husband and two imaginative, affectionate, bright and funny children. I have a strong family and friend network that I love and cherish. My husband and I both have good jobs as well as bigger dreams that we are working towards to be able to leave those good jobs and spend more time together. We are all in good health.

I have so much to be thankful about- Happy Thanksgiving to you and your families!
Posted by Courtney at 8:06 AM No comments:

Because I am almost done with my holiday shopping. All that is left is my mother, my father-in-law, and hubby and the kids stocking stuffers. Scratch that, almost done with the kids stockings, but I need more ideas for hubby. I have two goals every year and each year I get closer and closer to reaching them. The first, that I never walk into a store to purchase anything. All shopping is done in the comfort of my own home and I arrive home every day to find another package on the doorstep. The second goal is to be completely finished by Thanksgiving. I am thinking of adding a new goal to my list. The third goal will be to not continue shopping for the kids after I have finished shopping for the kids. By finishing early, I always think of new gifts and it leaves me plenty of time to shop for them. By tracking how much I am spending this year, I think it will be much easier to stop when I am done.

I have exactly 4 hours, 23 minutes to reach goal #2. I already missed goal #1 as I went to the mall with my mother today.
Posted by Courtney at 7:40 PM No comments:

The weekend was perfect. Saturday, we went on a family bike ride on our favorite bike path and then picked up lunch at Subway and visited the playground near the bike trails. Hung around the house Saturday evening and hubby went on a grocery shopping run with the girl. Sunday, I gave the kids a lesson in folding clothes and they performed much better than I anticipated. They are especially good at matching up socks; a chore that I abhor. We took the kids to a different playground and then to Burger King and let them play there after eating. Finally, we spent several hours touring new model homes in Telfair. We only made it about half way through before the kids had lost interest, but we did get many good ideas for our house. And we actually agreed on about half of it!

Speaking of the house, I don't tend to post much about it because our plan fluctuates daily. However, I think we have arrived at a path forward. The plans should be complete by the middle of December. We have interviewed two builders and plan to interview one more. We need to order a soil sample for the structural engineer to develop the foundation drawings, figure out who we will use for financing, pick out the materials we want, get bids from the builders and hope to begin construction by February 1st. Hubby has been working hard around our house, painting and fixing problem areas. We'll put our house on the market in February and hope to move into our dream home by the summer.

As for the little old house that is there, we do not have a consensus. I have finally reached the conclusion that we should bulldoze it, but hubby wants to move it to Canyon Lake as his lake house. No, we don't own land on Canyon Lake.
Posted by Courtney at 6:36 AM 1 comment:

A few years ago, our family decided to down size a bit and start a gift exchange instead of everyone buying for everyone. We draw names each year at our annual trip to Leakey. I drew my cousins name, which I thought would be very easy. Well, she's very trendy and keeps up with the latest trends. I wouldn't know the latest trend if it hit me in the face. I asked my mom to see if she could elicit ideas from her sister. Apparently, these thong panties are the best thing since sliced bread and this is what she wants.

I told my mother I thought it would be a bit weird to buy my cousin thong panties for Christmas. She answered that was what she wanted as well. I told her that was even more weird. What a Christmas this will be! Thong panties for everyone!!
Posted by Courtney at 4:09 PM 1 comment: 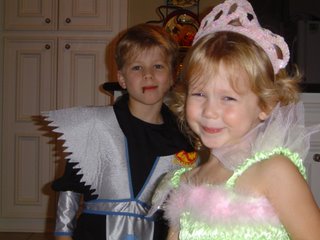 The boy, who is 6, would walk up the door holding the girls hand, who is 3. He would ring the doorbell and then walk off the porch, leaving the girl to fend for herself.


We walked from my parents house to my grandparents house. The kids wanted my mom and I to hang back when they went to the door, just to see if they would be recognized. So mom and I hid behind and tree and then decided it was safe to come out when the kids were welcomed into the house.
Posted by Courtney at 1:41 PM 2 comments:

Earlier this week, our boss suggested we leave early Wednesday and blow off some steam. The team headed out around 11, and played at Dave and Busters until the mid afternoon. The boss and one of the other team members headed home, so we headed to a bar a block away to continue our team building.

This is where the conversation gets interesting. One of the guys is married to a girl from Belarus, another is dating someone from Venezuela, the third guy is married to an American but has traveled extensively around the world, and there is me, the American girl. The topic of American women and basically how awful they are always comes up. I always try to defend my tribe. First off, I hate stereotypes. Second, I am one. I finally pry out an explanation- women from other countries 'take care of their man and understand women's roles'. Wow. Then I find out that they are offended why I pay, even if everyone else takes turns paying.
They feel threatened that women want the same things that men want and feel that this competition is bad.

I thought that I lived in a totally different world than I obviously do. I know that I live in a conservative state and work in a conservative industry with a bunch of engineers, but I had no idea that I would never be considered an equal by my coworkers. Several of these guys are my generation, one is about 10 years older. Fortunately, I am married to a man who loves me, respects me, and truly thinks of me as his equal and partner. I had no idea how rare he is!
Posted by Courtney at 6:13 AM 2 comments: