I really don't have anything to post about, I just need to fill up some space so I don't have to look at my darn toes every time I open my blog.

I did just add a new link to the right- Because I Said So. A friend first forwarded her EBay auction which had her blog address and it's some funny stuff!

Unfortunately, not too terribly much to report on the house. It feels like NOTHING has happened in the past two months, even though a few things have. Funny thing is- the builder gave our name as a reference and hubby spoke with her last night for almost an hour. I'm just shocked he thinks at this point we'd give a quick, good reference.

I am moving offices at work, so I get the joy of packing it all up this afternoon. Haven't had enough packing in the past few months, so I'm totally overjoyed.

And in other news, my clothes don't fit anymore. 11 weeks and I definitely look pregnant. Or extra fat. And of course my maternity clothes are in the utmost unreachable spot in storage and the last thing I want to do is buy more maternity clothes. Argh. @!#$@#$ builder. Should be in our house by now, all settled and happy.
Posted by Courtney at 10:28 AM 2 comments:

I'm walking in through Wal-mart, minding my own business and managed to get into a fight with a can of baby corn. And the corn won. I'm not sure the picture does justice but I was wishing for a morphine drip all day yesterday. I am able to walk today, but not sure when I'll be able to wear shoes again. Anyone want in on the bet if I lose my nail or not? 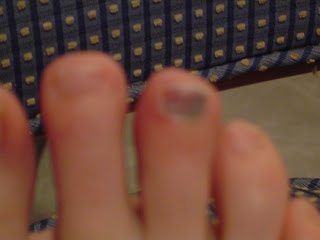 My cat of 12 years, the one hubby gave me as a Christmas present when he lived in Florida, had to be put down on Tuesday. He hadn't eaten much in a few weeks and at first, I figured he was eating a neighboring cat's food. Last week, I called the vet and they recommended giving him baby food and then gradually mixing in with his food. It worked briefly. He didn't eat at all on Sunday or Monday, so Monday evening I opened up a can of tuna for him- his favorite food in the entire world. I immediately became alarmed when he wouldn't eat it.

I dropped him off at the vet Tuesday before work fully expecting he'd need some medicine, maybe even a surgery for whatever ailed him. He just did not seem that sick. I received the bad news right after lunch. He likely had a tumor and his chest cavity was filled with blood, he was severely anemic and only had about 10% of his lung function left. I immediately drove to the vet to see him and to say my goodbyes. The vet had to lightly sedate him in order to examine him and he was put on oxygen for an hour afterwards because he barely made it through that. I opened up the cage and he could not stand up, but managed to crawl over to my shoulder and nuzzle under my hair, his favorite spot.

The vet offered to let me take him home and said he could pass at any moment, but I knew not only could I not handle seeing that, it would affect the kids in a traumatic way. I had to leave before they put him down. The girl asked when he arrived home where he was and I explained that he had died. She hasn't shown any reaction at all to the news. The boy took it much harder. He cried and then was upset with me for telling him. He didn't eat dinner that night or breakfast the next morning and has been extremely clingy with the dog. The dog wanders around the house, searching for the cat. He checks where his food used to be and where his litter box was, all gone.

I still think I hear the thump as his paws hit the floor when he jumps off my bed. I still expect to see him laying on the bed, waiting for me to come home. He was always the one to comfort me when I was sad. He is very much missed.
Posted by Courtney at 9:14 AM 3 comments:

A lot of activities planned for this afternoon. We are meeting with the landscape architect so she can present our plan. I am excited to see what she has in store for us. One of hubby's requests was bermuda grass in the backyard. I'm thinking it would make a lovely putting green for me.

After that meeting, we're off to dinner with a friend before the Rush concert. I've lost track of how many Rush concerts I've been to, but they never disappoint. Since it is at The Woodlands, I'm hoping to catch a quick cat nap on the way out so that maybe I can stay awake past 9:15 this evening.
Posted by Courtney at 11:42 AM 3 comments: 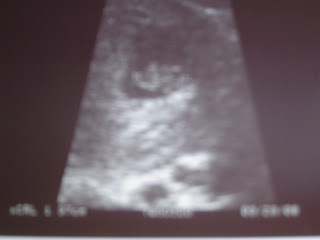 I am so excited. I just made reservations for a stay in San Antonio for a trip to Sea World. I've been wanting to take the kids there for years, well, ever since I saw the adorable scrapbooking accessories for Sea World.

We have not had an elaborate family vacation since Disney January 2005. Last summer, right before school started, we took the kids to Schlitterbaun in Galveston. It was a quick, 2 day vacation, but they still have not stopped talking about it. Made me realize that vacations don't have to be big productions to have an impact.
Posted by Courtney at 7:55 AM 1 comment:

Garage door arrived and was installed. Unfortunately, it was not manufactured to my exact specifications and they put in the wrong windows. Nothing wrong with, but not what I ordered. They will replace the window panel. The windows should be squares, not rectangles. I am now convinced it is too much to ask for anyone to get it right the first time. 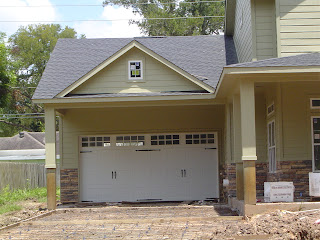 And wood has been laid on the stairs. Most of them anyways. 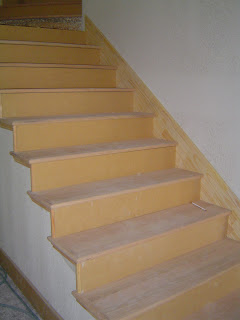 I'll have to take pics of the railings and the mantle over the fireplace. I even have one kitchen cabinet now. (I'm sure the sarcasm reads through even via text).
And maybe someday, somehow, somewhere, Yellow Freight will find my dryer. But I won't hold my breath.
Posted by Courtney at 6:51 PM No comments:

We are done with the old house. Moved, cleaned and keys turned over. And we are all getting settled at my folks and it is fairly comfortable. Even better, I have two extra sets of hands when hubby is out of town. And miraculously, my laundry is washed and folded almost as soon as I place it in the laundry room.

I am getting over the hump at work- I should have the bulk of it finished on Monday and can see the pace slowing a bit. As I've stopped talking to the builder and even going by the house regularly, the denial is helping with that as well.

Be watching for big news to be announced at the end of next week.
Posted by Courtney at 8:10 AM 1 comment: